A Brief History of the Cinema


The cinema has been one of the most explicit ways of expressing feelings, emotions and stories to the audience. Through acting, dialogue and soundtrack, the cinema creates the atmosphere for the audience to feel.


When the camera and photography was invented, people tried thinking of new ways to make the pictures appear to move. In 1889, George Eastman invented a soft camera film roll. In 1890, they shot a short video of Trafalgar Square in London. The first movie ever made came about in 1895, in France.


The first silent films became popular only when the live action film "The Great Train Robbery" was made in 1903, which was shot in the old west. The film was shot at the length of only thirteen minutes and ended with a gunshot where the film camera captured it in the colour red.


The influence of American films influenced those of other cultures. In Germany, the Germans created a film style known as German Expressionism. Those films were usually horror films such as "The Cabinet of Dr Caligari" (1920), "Nosferatu" (1922), "Faust" (1926) and "Waxworks" (1924).
﻿


As it went through the early 20s of the Jazz Age, there came several comedians who showed their early independence. Charles Spencer Chaplin, rather renowned and born in the year 1889, created as classic films as "The Kid" (1921), "Modern Times" (1936) and "The Great Dictator" (1940). Now greatly known for his excellent comic talent, his influence still remains.


It was during this era that some use colour films emerged. Douglas Fairbanks, in 1922, starred and directed the classic "Robin Hood" co-starring Alan Hale as Little John. Also, in 1923, "The Toll of the Sea" appeared, co-starring Anna may Wong.


In 1927, the film "The Jazz Singer" startled the audiences with its spoken words, soundtrack and plot, and revolutionalized the movie industry. Although it was excellent, it was not allowed to the first Oscars awards in 1929 as the movie was seen as unfair competition to the silent films. That year, the film which won was "Wings", a World War II movie.


From that time onwards, the films produced were mainly "talkies". Then came other musicals, and in the year after, the Oscars for Best Picture went to "The Broadway Melody", a musical.


When the great depression came, colour was abandoned for two or three years. The audiences left the big screen as they hadn’t the money. To encourage them back, the directors tried experimenting different styles.


Around this time, the Hollywood studios were formed. Columbia Pictures became successful after "It Happened One Night" (1934), RKO Radio Pictures after "King Kong" (1933) and "Top Hat" (1935), MGM, Warner Bros., Universal and Paramount.


The industry developed genres over the next ten years of cinema. There were musicals like "Top Hat" and "Singin' in the Rain", comedies like "The Philadelphia Story" and "Woman of the Year", melodramas like "Mildred Pierce" and "Now, Voyager", as well as horrors, sci-fi films, fantasy, mysteries, action-adventure, westerns and film-noirs.


In the 50s, more American households installed television sets. It was now hard to bring cinema-goers back. The studios tried using cinemascope cameras and Vista-vision. These brought some back, not all, but they still tried using even brighter colours and bigger-budget sets. 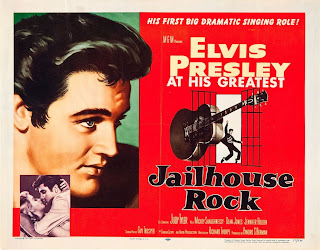 By the 1960s, going to the cinema was no longer a daily affair for many people.  And now, in the 21st century, the influence of the cinema has become weaker due to the popularity of computers and video websites such as YouTube.
Posted by CWSL at 22:01